I’m sorry I have missed so many posts. So here’s the scoop…

On June 1st, Friday evening around 7 pm, Jackson (he’ll be 2 years old on June 24th) was playing with a ball outside with Eric (my husband, Jackson’s dad) and Eric’s parents. He went to kick a ball, similar to this one…

… and his foot caught on it. He twisted his leg and then fell backwards on it, full weight and broke his femur bone. We thought it was something with his knee at first but either way, we knew immediately something was very wrong.

We rushed him to the ER (we live like 5 minutes away) which in hindsight, now that we know it was a much more serious injury, we wish we would’ve called an ambulance. But regardless…

So we got him there. They did x-rays, got him in a splint, and proceeded to tell us they needed to transport him to a Children’s Hospital so they could get him into surgery.

That was terrifying to hear. All of this was just terrible, horrible, no good. Everyone was crying. Jackson was screaming. He was hysterical. He was in so much pain, his face was hot and red, sweating profusely and so exhausted. At times, his eyes were trying not to roll to the back of his head. It was absolutely heartbreaking. 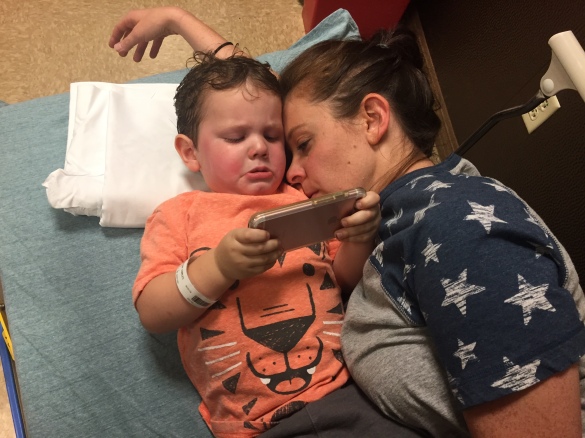 We get to the Children’s Hospital and we are told we will have to be admitted as he cannot be put under anesthesia with having eaten so close to surgery time. It was a very, very, very long night. I did not sleep.

The next day was a little better although a mind-numbingly long day. That is the best way, the only way, to describe it.

They put him under anesthesia (with a breathing tube) for comfort while they set his break and put a SPICA cast on it. He did great! We needed a special carseat to get home and waited for 6 hours to be told none was available and to use ours (which didn’t end up working). So we took an ambulance home and still have no way to get him out of the house. Currently searching for a SPICA carseat. *crossing fingers*

Jackson will have to be in this cast for 6 weeks, poor buddy. We are now on day 4. We’ve figured out different ways to sit and lay down and move around which is good. We’re all hanging in there and doing the best we can! (see pictures below)

Please know I will try to post blogs when I can but may not be able to as much. I’ll keep updating you all with his progress.

Thanks so much for understanding and hope you all have a great night.

Night of injury, admitted to the Children’s hospital

The next morning at the hospital 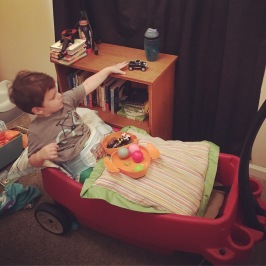 At home, propped up in his wagon so he can play with his cars. More challenging than it looks! 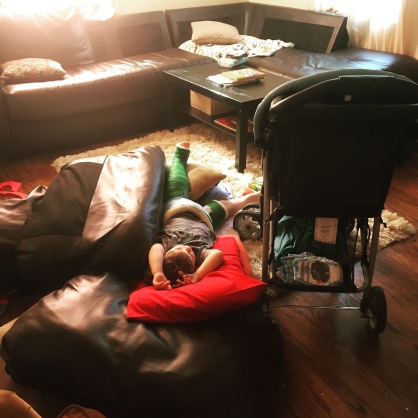 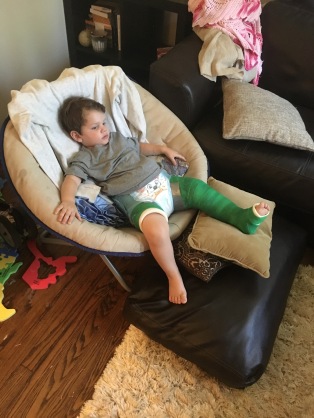 Sitting up in his chair 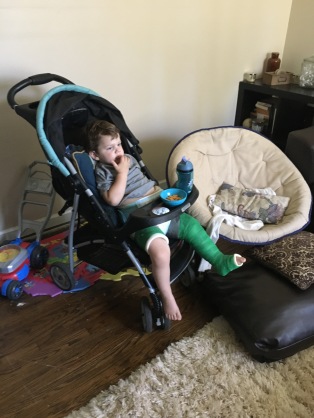 We are mobile! Sitting up and snacking, watching a movie

Loving the ability to lay down and move around the house 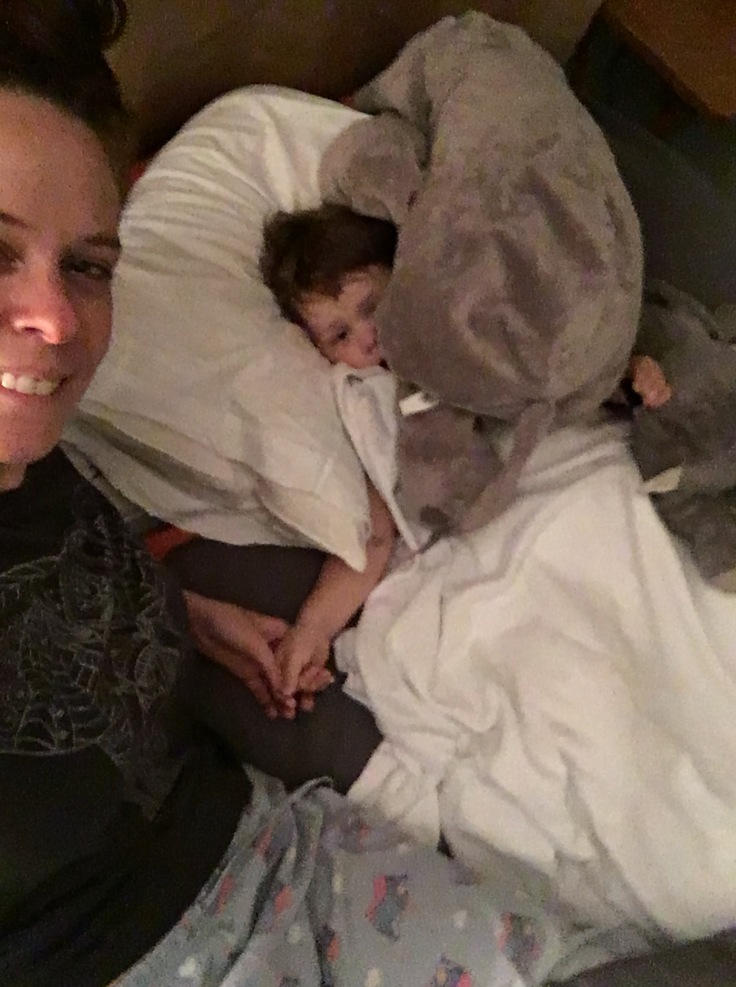 1 thought on “My Baby’s Broken Femur”

Read in YOUR language!